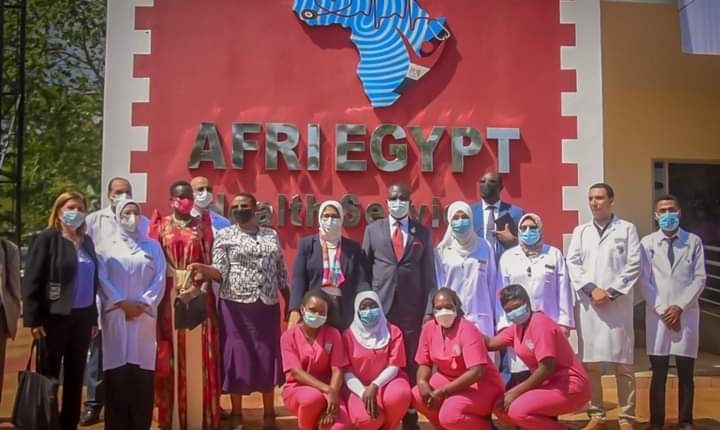 Egypt’s Minister of Health and Population Hala Zayed, arrived on Monday, to the Republic of Uganda, within the framework of strengthening means of cooperation between the two countries in the health sector.

The minister witnessed the opening of the AFRI Egypt Medical Center for Health Care in Jinja, Uganda.

The AFRI Egypt Medical Center was implemented with the participation and cooperation of several drugmakers such as ACDIMA, the Holding Company for Pharmaceuticals and the Egyptian Company for Investment and Development, in addition to two companies from the private sector.

In a statement, the ministry stressed Egypt’s keenness to provide all means of support for the advancement of the health system in Uganda and the African countries within the framework of the depth and interdependence of relations between Egypt and all African countries.

The statement added that the new centre is the result of Egyptian-Ugandan cooperation in the medical field and that the next period will witness the expansion of the services provided by Egypt in Uganda.

The centre will be supplied with ambulances and portable clinics. Egyptian medical team will also implement the 100 million Health Presidential initiative in Uganda.

Egypt will also offer 20 scholarships for Ugandan physicians and will send medical teams to Uganda to train doctors in hospitals.

The Minister is accompanied during the visit by Dr Mohamed Gad, the advisor to the Minister of Health and Population for external health relations, and the head of the Egyptian Ambulance Authority.

Upon her arrival at the airport, Zayed was received by the Egyptian Consul in Uganda and the Military Attaché at the Egyptian Embassy in Uganda.