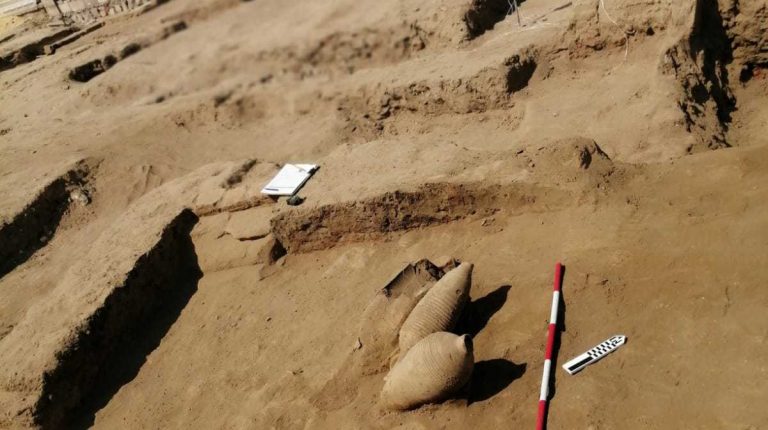 The Egyptian archaeological mission working in the site of Andraos Palace, also known as the Tawfiq Pasha Andrew’s Palace, adjacent to the Luxor Temple, has discovered a number of amphoras and lamps from the Byzantine era, beneath the palace which has been demolished a month ago, according to Mostafa Waziri, Secretary-General of the Supreme Council of Antiquities.

He pointed out that this was part of a series of discoveries that were made at the same site, where a group of Roman bronze coins, part of a wall from the Roman era, an old storehouse, and a number of archaeological icons dating back to different historical eras were discovered before.