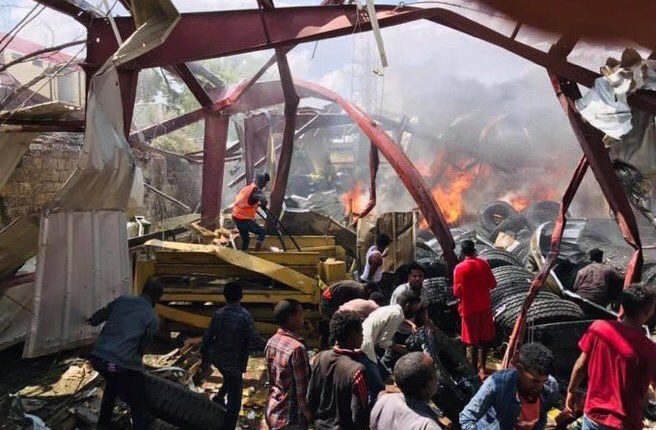 A new airstrike has hit the city of Mekelle, capital of Ethiopia’s Tigray region on Wednesday, for the second time this week.

An Ethiopian government official confirmed the airstrike, according to AFP.

“It targeted at the facilities that TPLF has turned into arms construction and repair armaments sites,” Legesse Tulu, head of the Government Communication Service, told AFP by text message.

Television controlled by the area’s Tigrayan People’s Liberation Front (TPLF) reported that the strike was at 10:24 am.

In early October, the Ethiopian army continued to launch air and ground strikes targeting Tigray militants in the Amhara region on the northern side of the country.

Aiming to gain the upper hand in an escalating armed conflict nearly a year ago, the Ethiopian forces launched a new offensive against Tigray Defence Forces in early October.

TPLF Spokesperson Getachew Reda tweeted: “Abiy Ahmed’s Air Force has once again targeted a residential quarters in Mekelle causing injury to civilians and harm to property. Abiy’s reaction to his losses in the ongoing fighting is to target civilians hundreds of KMs away from the battlefield.”

Despite pleas from the UN and others to allow basic services and humanitarian aid to Tigray’s 6 million people, Ethiopia’s government this week called those expectations “absurd” while the Tigray forces now fight in the neighboring regions of Amhara and Afar. Hundreds of thousands of people have been displaced there, widening the deadly crisis.

“Although not all movements have yet taken place, there will probably be a reduction from nearly 530 to around 220 UN staff on the ground in Tigray,” UN humanitarian spokesman Saviano Abreu told The Associated Press. The decision is “directly linked to the operation constraints we have been faced with over the last months” along with the volatile security situation, he said.