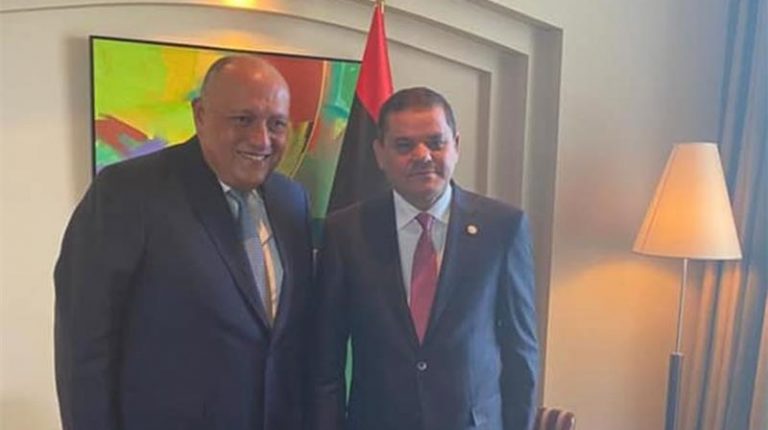 Libyan Prime Minister Abdul-Hamid Dbeibah on Thursday stressed his government’s support for the upcoming elections scheduled to be held in December.

Dbeibah made his remarks during a speech at the Libya Stabilization Conference held in the capital Tripoli.

“Since assuming office, we have been clearly committed to supporting the High National Elections Commission to hold the elections on time, and to stress that the Government of National Unity came to achieve stability and peace in Libya after years of political division,” Dbeibah said.

He also stressed that the government spares no efforts to unite the country’s institutions, provide basic services for the people, and improve livelihood of the Libyans.

“We managed to agree that development, providing basic services, and achieving citizenship and justice are key to the stability of Libya and unity of its people under elected civilian political leadership, which is what we will achieve through the upcoming elections,” Dbeibah said.

Also on Wednesday, the Egyptian Foreign Minister Sameh Shoukry held a meeting in Tripoli with interim Dbeibah ahead of attending an international conference to support Libyan stability.

Shoukry affirmed to Dbeibah Egypt’s support of all efforts aiming to fully implement the roadmap agreed upon by Libyans and ensure the exit of all military and armed foreign troops from the country.

“This should come in a way that meets the aspirations of the Libyan people toward a better future and contributes to restoring Libyan security, stability, and territorial integrity and sovereignty,” Shoukry said.

Foreign Minister Najla Mangoush stressed the importance of the “historic conference,” and expressed hope that the conference “would be the basis of stability and prosperity that the Libyans desire.”

“Our gathering here in Tripoli after all the hardships is the biggest support to our journey towards building a state of justice, tolerance and freedom,” she said.

The ministerial Libya Stabilization Conference kicked off on Thursday in Tripoli, with participation of dozens of countries.

Libya has been suffering insecurity and chaos since the fall of the late leader Muammar Gaddafi’s regime in 2011.

Dbeibah’s government was selected in February by the UN-sponsored Libyan Political Dialogue Forum (LPDF), ending years of political division in the country.

Libya plans to hold general elections on Dec. 24, as endorsed by the LPDF.