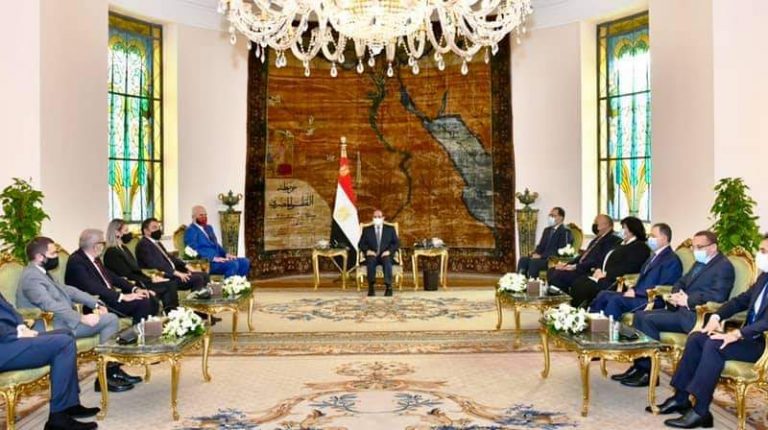 Rama stressed his country’s aspiration to advance bilateral cooperation with Egypt in all fields, especially in light of Egypt’s tireless efforts to maintain international peace and security, as well as the pivotal role played by Egypt at the regional level in the Middle East and the Mediterranean Basin.

The two sides discussed developing bilateral relations between the two countries in addition to addressing aspects of economic cooperation and ways to increase trade exchange and enhance mutual investments in various sectors.

During the meeting, Madbouly praised the level of bilateral relations which will be reflected in the first meeting of the Joint Committee for Economic, Scientific and Technical Cooperation due to be held in the Albanian capital, Tirana, in November 2021, the statement said.

He hoped that a clear action plan will emerge from the upcoming meeting to enhance cooperation between the two sides during the next stage.

In addition to this, he expressed his hope that the bilateral relations would result in the establishment of a joint Egyptian-Albanian business council between the Egyptian Businessmen Association and the Albanian Federation of Chambers of Commerce and Industry. He also stressed the importance of encouraging Egyptian and Albanian companies to participate in trade fairs held in both countries.

Rama stressed the importance of strengthening bilateral relations between the two countries in the fields of agriculture, livestock, water, culture, education, and others.

Rama expressed his country’s aspiration to operate direct flights between Cairo and Tirana, in light of the successes witnessed by airlines in the Albanian market. Accordingly, Madbouly directed the government to study the Albanian side’s proposal and to develop a clear vision for it in the near future.

He also asserted his aspiration to benefit from the Egyptian experience in organizing exhibitions, hosting cultural events, and Egypt’s participation in Exhibitions organized in Albania.