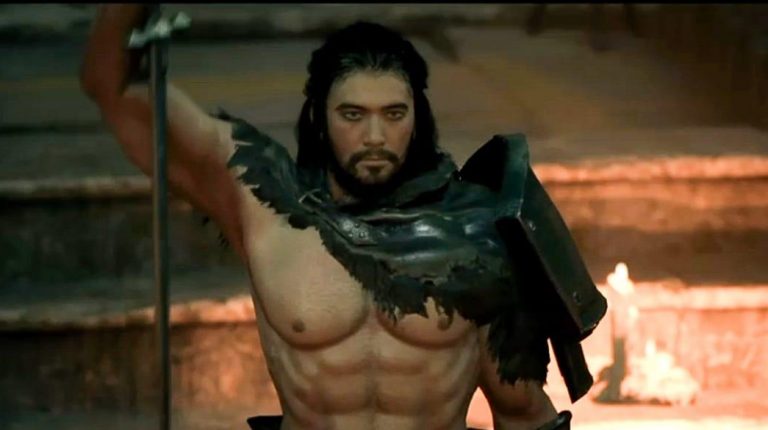 The Egyptian Actor Khaled El-Nabawy will take the leading role in the legendary series Gilgamesh, which is inspired by the Sumerian civilization of Iraq and the Levant. The international Arab producer, Saif Oraibi, revealed the first promo of the work without giving any further details.

The 25-second promo revealed wide shots of battle and king Gilgamesh appears on the back of his horse. The legendary historical novel revolves around the King of Uruk (an ancient city of Sumer), Gilgamesh.

The first half of the story discusses the contest between king Gilgamesh, and Enkidu a wild man created by the gods to stop Gilgamesh from oppressing the people of Uruk.

Gilgamesh wins the contest, however, the two become friends. Together, they make a six-day journey to the legendary Cedar Forest. They slay the Guardian, Humbaba the Terrible, and cut down the sacred Cedar.

In the second half of the epic, the grief over Enkidu’s death prompts Gilgamesh to take a long and perilous journey to discover the secret of eternal life. He eventually discovers that the life you seek will never be obtained, because when gods created human beings, they let death be his share, and reserved eternity for themselves alone.