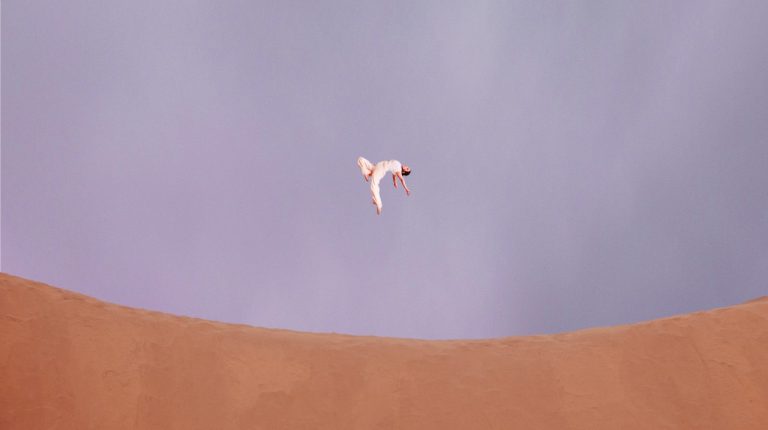 We live in a world of ever-decreasing attention spans where artists even create ‘Spotify’ edits which are effectively nothing but two minutes of choruses. So it’s heartwarming – essential, even – that artists like Naheli are keeping the album format alive and kicking.

The Egyptian-German band Naheli have gone one better than the traditional album with the release of their ultra-creative double album ‘Chemistry & Reevaluation’.

As well as giving listeners a carefully curated album listening experience, there is a simpler reason why they’ve chosen this classic format to work with, however.

‘We started as a progressive rock band and now we developed into a pop-ish direction. But we still have songs that have a very progressive vibe and I was wondering, how to combine both sides,’ says lead-singer and writer Lina.

And the answer was to create a double-album that neatly spans both sides of Nehali’s musical heritage.

‘Chemistry’ has a more rounded pop sound and represents feelings and emotions. ‘Reevaluation’ is about thoughts and has a more progressive sound, according to Lina.

Cleverly, the two albums are joined in the middle by the track ‘Morning’ which acts as a connection and bridge between the two albums.

‘At first, I was sceptical,’ says Lina, ‘but I realized that both sides of the album represent two sides of the same coin and some songs complement each other and have small parts of the other side. Like for example ‘Symbiotic’ – the main single of the album. It talks about feeling co-dependent to your inner demons, but at the same time, it is a thought process, the question of how or whether to get out of this.’

The result is an emotive, euphoric and thought-provoking album that neatly combines Middle Eastern accents with a European feel.

Naheli is a progressive rock band, they were previously called Kassieopeia and released an album and live EP in 2015 and 2018.

Since reforming as Naheli, they have released several singles including 2019’s Empire.

Musically, they cover a wide range of influences including European and Egyptian pop, soul and progressive pop.

Lina was born in Germany to Egyptian parents and spends most summers in Cairo where she studied medicine before making her career in music.