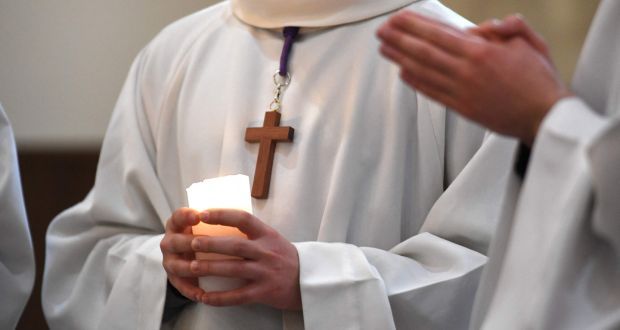 After a recent report concluded that sexual abuse of children is a widespread phenomenon in the Catholic Church in France, the church said it felt “shameful” and asked the victims for “forgiveness.”

In this regard, Pope Francis showed rare courage in the face of crises and expressed his “sadness and shame” at the Catholic Church’s inability to deal with child sexual abuse in France, stressing that the Church must make itself a “safe home for all.”

In his weekly sermon, Pope Francis said: “I would like to express to the victims my grief and sorrow for the trauma they have suffered, as well as the shame. Our shame is due to the Church’s very long inability to place them at the centre of her concerns.”

This talk to the Pope came a day after the Independent Commission for Inquiry into Sexual Assaults in the French Church revealed, in its report, shocking figures, as the commission confirmed that more than 216,000 children were subjected to sexual abuse or abuse committed by Catholic clergy in France between 1950 and 2020.

Moreover, when presenting the report to journalists, the head of the investigative committee, Jean-Marc Sauvier, explained that this number amounts to “330,000 if we add the secular aggressors working in the institutions of the Catholic Church,” including teachers in Catholic schools, workers in youth organizations and others.

The head of the investigations committee also confirmed that the violations were systematic, adding that the church had shown “deep, complete and even cruel indifference for years” and preferred to protect itself over protecting the victims. He went on to say that the church not only did not take the necessary measures to prevent violations, but also turned a blind eye to them by failing to report, and in some cases, it left children with the violators with its knowledge.

Indeed, the revelation of child abuse in France is the latest scandal to rock the Catholic Church after a series of similar scandals around the world over the past twenty years. Only a few months ago, after the sexual abuse scandal that struck the Catholic Church in Germany, when it was revealed that nearly 4,000 children had been sexually abused since 1946, the Archbishop of Munich, Reinhard Marx, asked to be relieved of his duties due to “institutional failure”.

Cardinal Marx, former president of the German Bishops’ Conference, said in a letter to the Pope, “For me, it is mainly about sharing responsibility for the catastrophe of sexual abuse committed by church officials in recent decades.”

The cardinal strongly criticized colleagues who “refuse to recognize that there is a shared responsibility in this regard”, adding that the church is facing a “dead end”, stressing that he hopes his resignation will signal a new beginning for the church.

Similarly, in Australia in 2017, in a serious report, an Australian government commission revealed that about 7% of Catholic priests in Australia were involved in sexual abuse of children during the period between 1950 and 2015. This is according to what was reported by the American news network CNN on the findings of the committee after years of investigations and hearings to reveal the huge scale of sexual abuse of children within the Australian Catholic Church.

The Australian Commission of Inquiries also confirmed that the number of alleged victims of sexual abuse by Catholic priests reached 4,444 between January 1980 and February 2015 and that more than 40% of priests were accused of sexual abuse against children.

The shocking thing is that the investigations confirmed that “children who submitted (complaints) were ignored, and even punished, as the allegations were not investigated.” The committee also confirmed that the priests who were accused of committing this child abuse were transferred to other communities “that do not know anything about their past”, stressing that the documents were executed to conceal the violations and conceal them.

Also in another resounding scandal in the Catholic Church in the United States of America in 2019, the Vatican announced the stripping of the former archbishop of Washington, Theodore McCarrick, of his ecclesiastical status, after a disciplinary committee found him guilty of having sex with adults and children. The Vatican said in a statement that the Congregation for the Doctrine of the Faith had found him “guilty” of “committing sins against the Sixth Commandment with minors and adults, and for abuse of power. McCarrick, who is 88 years old, was one of the most influential leaders in the American Catholic Church, which sparked a major scandal that put Pope Francis I in a very embarrassing situation.

In fact, Pope Francis I made many efforts to counter this scourge that is rampant in the Catholic Church all over the world. One of the most important of these efforts was the unprecedented Vatican conference on sexual abuse in the Catholic Church in 2019, which presented impressive video recordings of several victims of abuse. Pope Francis, I also promised during this conference that the Catholic Church would stop covering up the crimes of priests’ sexual abuse of children “as it was in the past”. The Pope also likened the sexual abuse of minors to the “sacrifices” of children in “pagan rites”, saying that “this reminds me of the brutal religious practice that was common in the past in some cultures and requires human beings, especially children, to be sacrificed to pagan rituals.” The Pope also said that clergymen who commit such acts become a “tool of the devil”.

The Pope’s recent admission of shame and disgrace due to violations against children is also considered an unprecedented confession by the Pope that confirms the church’s rejection of any violations that have shaken confidence in the church, according to several recent opinion polls. But what after the confession, will the rape of children by clergy remain a disgrace in the Catholic Church forever?