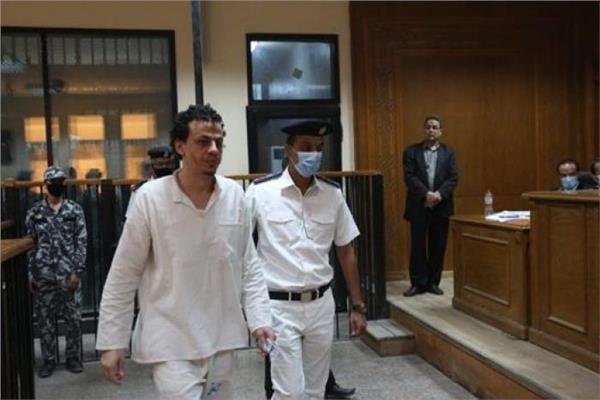 The Cairo criminal court, fifth circuit for terrorism sentenced Bahaa Kish, the guard of the terrorist Hisham El-Ashmawy, who was deported with him from Libya to death by hanging.

Two other defendants were also sentenced to death on terrorism charges in “Al-Mourabitin terrorist cell”.

The verdict was issued by the Cairo Criminal Court headed by Judge Mohamed El–Sherbiny and the membership of consultants, Wagdy Abdel-Moneim and Ali Emara, in the presence of Public Prosecution Office Mohsen Abdel-Sattar, and the secretariat of Ashraf Salah and Ahmed Mustafa.

The defendants were charged with several charges, including committing the crime of financing a terrorist group by providing it with weapons, ammunition and explosives.

Also, they were charged with joining an armed group outside the country for training and learning the arts and methods of combat.

The charges included preventing public authorities and the government from doing their work, disrupting the constitution and the law, and trying to attack members of the armed forces and police, and targeting public facilities.

Among the terrorists involved in the formation of the Al-Mourabitin terrorist cell are Ashmawy, Omar Rifai Sorour and Imad Al-Din Abdel Hamid.

The court also directed the accused to commit the crime of financing a terrorist group and joining an armed group outside the country for training and learning the arts and methods of combat.

During previous sessions, Kishk said that he travelled to Libya in 2012 to work there on an exit visa, and met Ashmawi in the city of Derna and met others who persuaded him to join the organization.

He added that he knew of the presence of Omar Rifai Sorour, the mufti of the organization there.

Ashmawy, described as the country’s most dangerous terrorist, was handed over to Egypt by the Libyan army in May 2019. He was later handed two death sentences after being convicted of orchestrating several deadly high-profile attacks against security forces. He was executed by hanging in March 2020.