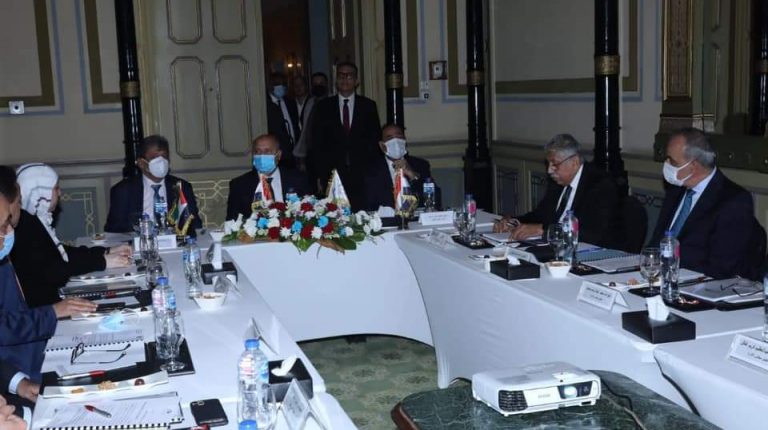 Minister of Transport Kamel Al-Wazir asserted Egypt’s keenness to increase cooperation and trade exchange with Jordan and Iraq. He stressed the need to develop the Arab Bridge Maritime Company, to promote intra-Arab trade and maximise the volume of Arab, Asian and African trade exchanges.

The Egyptian Transport Minister said that the company represents a leading model for cooperation between Arab countries in the field of Transport. He stressed the need to open new shipping lines and markets, as well as implement a plan to re-evaluate services to develop the company further.

The Jordanian Transport Minister said that the Arab Bridge is a model for joint Arab action, hailing the company’s ability to overcome all challenges including the novel coronavirus (COVID-19) pandemic.

Azaiza confirmed his aspiration to continue the cooperation with his Egyptian and Iraqi counterparts across various fields of transport.

Moreover, the Iraqi Minister of Transport hailed the distinguished relations between the three countries, one of which was embodied in this successful model of joint Arab action. Hussein expressed Iraq’s support for the company which serves the Arab citizen.

On the sidelines of the Arab Bridge General Assembly meeting, Al-Wazir had also held a bilateral meeting with his Jordanian counterpart. The bilateral meeting discussed ways to boost bilateral cooperation in land and sea transport.