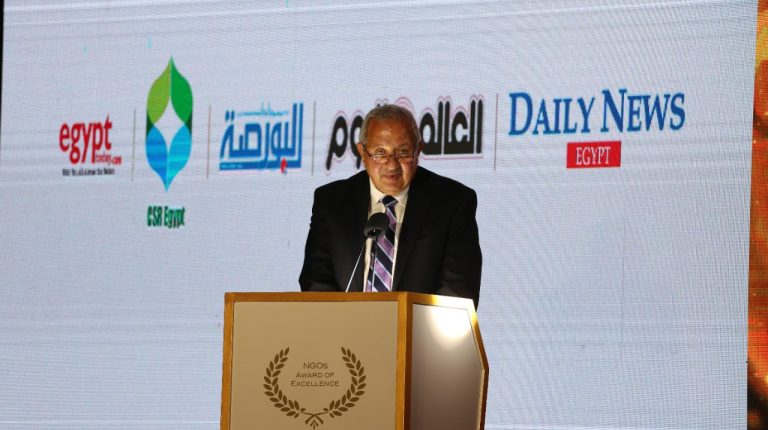 The Professional Development Foundation (PDF) honoured winners of the fifth round of the NGOs Award of Excellence in a ceremony held at the National Museum of Egyptian Civilization on October 20, under the auspices of the Ministry of Social Solidarity.

The winner of the first prize, valued at EGP 150,000, was Al Shagara Foundation for Development and Art in North Sinai. The award was granted for the foundation’s project to establish a cultural centre “Shagara art.”

The second-place winner was the Egyptian British Pediatric Association. The EGP 100,000 award was given to the association for their project “Al Mashowra Al Awsarya.”

In third place came the Resala Nour Ala Nour Association and were given EGP 75,000 for their Egyptian Hadouta project “Ezbet El Ward.”

In addition, PDF presented the award for the best NGO to raise and spread awareness. The award went to the Egyptian British Pediatric Association for their impactful project “family models,” which aims to raise development ideas via social media platforms to benefit the largest number of users and motivate them to engage in volunteer work.

PDF Chairman, Mohamed Farouk Hafeez, stated that PDF is keen to hold this annual competition to motivate NGOs working in different governorates to exert more effort and serve the community, thus widening the circle of beneficiaries around Egypt.

He stressed that supporting and motivating civil work comes as part of the Egyptian state’s strategy to advance this sector, and deal with it as a key partner in the comprehensive development being implemented, especially the presidential initiatives, most notably “a decent life” concerned with developing the Egyptian countryside.

This year, The committee chose Moataz Al-Alfi, Yosryia Luza, and Evelyne Porret for their developmental role over the years.