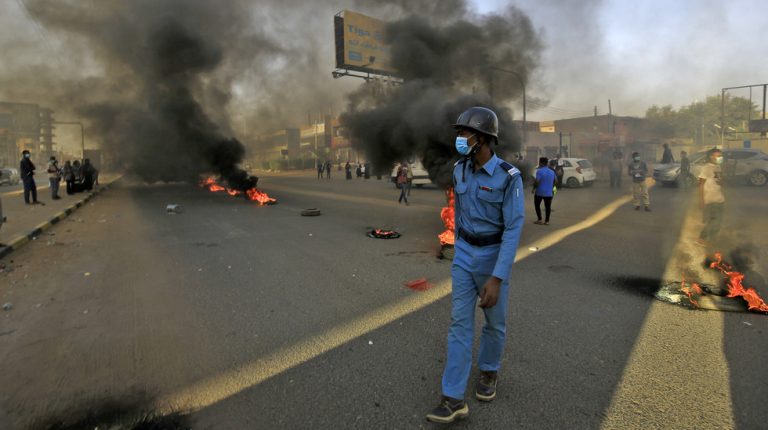 The Sudanese police forces on Sunday fired tear gas to disperse protesters who closed a bridge linking the capital Khartoum and Bahry Town.

“We directed the police, in the presence of the Public Prosecution, to open the roads and take the decisive and necessary legal measures to deal with this violation by the supporters of the dissolved party, and ensure the flow of traffic in the capital,” he added.

Since Oct. 16, a group defecting from the Forces of Freedom and Change Alliance (FFC) has entered into an open sit-in in front of the presidential palace, demanding the dissolution of the government.

The FFC, which represents the civilian component in the ruling coalition, rejects the dissolution of the government and accuses the defectors of attempting to jeopardise the democratic transition and support the military to turn against the revolution.

Since the announcement of foiling a coup attempt on Sept. 21, the differences between the military and civilian partners in Sudan’s transitional government have continued to escalate.

Sudan’s Sovereign Council is currently chaired by Abdel Fattah Al-Burhan, and the constitutional document stipulates that the presidency of the council will be transferred to civilians by mid-November this year.