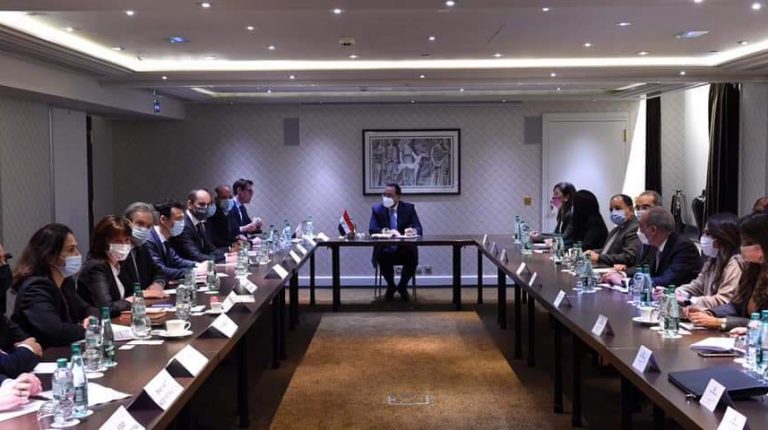 Egyptian Prime Minister Mostafa Madbouly asserted that Egypt offers a diverse set of promising investment opportunities. This came on the conclusion of his visit to the French capital, Paris, on Wednesday.

He added that the Egyptian ministerial delegation was keen to meet with representatives of French investment funds to present some of the investments opportunities in Egypt.

During his last day in Paris, Madbouly met with a group of heads and representatives of the largest French investment funds and banks, in the presence of ministers of electricity and renewable energy, planning and economic development, international cooperation, finance, communications and information technology.

During the meeting, the Prime Minister showcased the economic developments in Egypt, shedding the light on the success achieved after implementing the fiscal and monetary reform program, as well as the government’s ambitious structural reform program.

He added that the Egyptian government also has an ambitious IPO programme for state-owned companies, which started with the offering of the “e-finance”.

Moreover, the representatives of the French investment funds praised Egypt’s economic developments, explaining that it encouraged them to seek investment opportunities in the North African nation.

The Egyptian delegation presented the investment opportunities available in many economic sectors, as well as the features of the government IPO programme.

At the end of the meeting, the two sides agreed to establish contact points with the French funds, either through direct contact with Egypt’s Minister of Planning and Economic Development, Hala El-Said or through the Egyptian ambassador in Paris, to receive requests and offers from French investment funds.