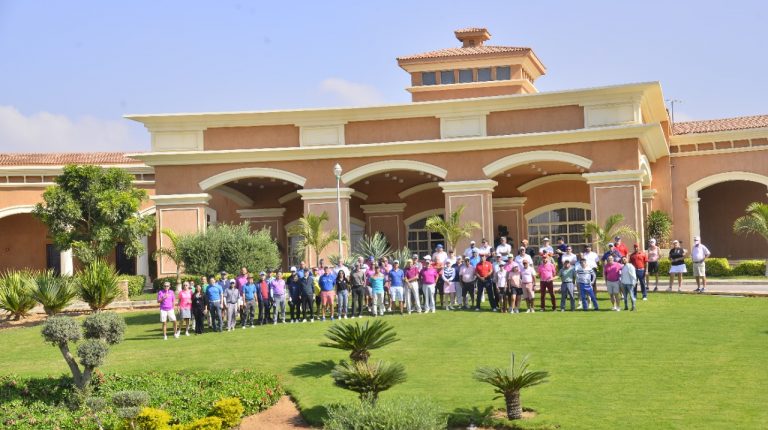 Talaat Mostafa Group (TMG) organized a charity day at Madinaty Golf Club on Friday to support Baheya Foundation For Early Detection & Treatment Of Breast Cancer in raising awareness about breast cancer and the importance of early detection and treatment methods. The day comes as part of the Talaat Moustafa Group’s keenness to support cancer fighters.

The charity day coincided with the global celebration of Breast Cancer Awareness Month, which occurs in October every year.

Among the charity day’s activities, a golf tournament was organized at Madinaty Stadium, where more than 75 players of different nationalities participated. Part of the tournament’s returns was donated to the Baheya foundation.

The ceremony also included holding awareness lectures to motivate women to seek early detection of breast cancer and various recreational activities for the guests, where part of their returns was also allocated to support Baheya.

For her part, Laila Salem, a member of the Baheya’s Foundation For Early Detection & Treatment Of Breast Cancer Board of Trustees, praised the role of the Talaat Mustafa Group in supporting the Foundation’s activities.

In conclusion, the Madinaty Golf Championship participants praised the charity day to support cancer fighters, expressing their happiness at participating.