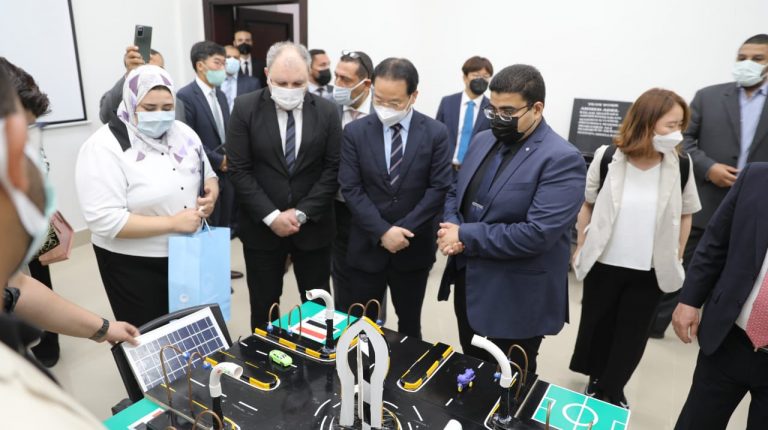 The Beni Suef Technological University (BSTU) will become a role model for technical education in Egypt, according to Kim Young Su, the Deputy Minister of International Development Cooperation in the Prime Minister’s Office.

His remarks came on the sidelines of his visit, accompanied by a high-level delegation from Korea, to Beni Suef governorate, where they discussed the progress of development cooperation in the governorate.

The delegation met Assem Salama, the deputy governor of Beni Suef, and Mohamed Shoukr, the President of BSTU. Underlining the young and dynamic leadership of the governorate, Salama stressed the governorate’s interest in the ICT and technology industry, and stated the importance of cooperation with Korea represented by the investment of Korean companies such as Samsung and Ulhwa and the role of Technological University in Beni Suef supported by KOICA.

Kim, expressing his gratitude for the hospitality, expected the continuous attention from the governorate for creating more investment opportunities and showed his willingness to expand the development cooperation through the BSTU. He also showed his expectation that the Korean government will explore more opportunities for effective partnership in this field.

The delegation also visited the BSTU to inspect the quality of technical education there and university-industry partnership.

The President of the BSTU emphasized the significance and implication of the partnership with Korea for developing the university and shared the blueprints for the progress.

“Beni Suef Technological University keeps moving forward based on the initiative of the Egyptian government and the support from KOICA. The Korean government will pay more attention to promoting this cooperation through KOICA,” said Kim.