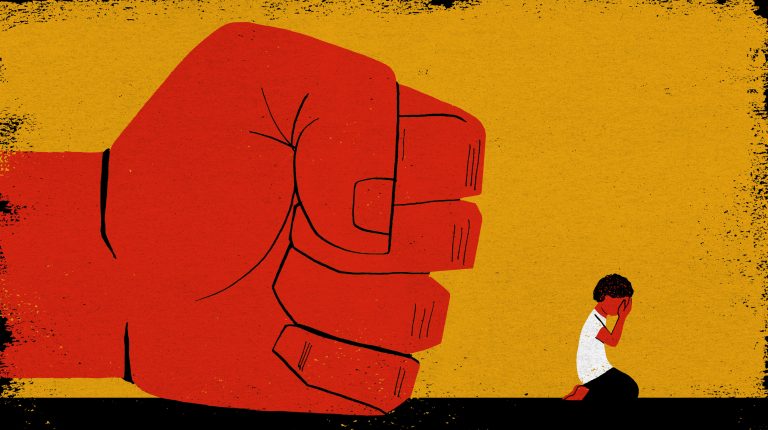 In the context of protecting human rights, the Egyptian Parliament is currently considering a draft law to protect children from domestic violence. The draft law aims to toughen the penalty for violence against children, to protect them from violence by parents, and spare them the risks of homelessness and forced labour.

In fact, the issue of violence directed against children is a complex and multidimensional matter, as violence against children means the use of all forms of physical, psychological, or verbal punishment on the part of the parents, one of them, or one of the individuals surrounding the child. This also includes psychological violence such as ridicule and insult and the lack of care for them in all aspects of health and economics, in addition to their exploitation in work that is not commensurate with their abilities, whether cognitive or physical.

Resisting this phenomenon may represent a real challenge for society, especially if we know that violence against children takes place in a closed environment, as it is, in large part, secretive. More seriously, the use of violence in raising children is a prevalent culture in many societies, as traditional educational ideas promote violence as an educational tool. This is what some parents do because they believe that violence is an effective educational tool. Despite this, modern research and education methods are based on persuasion with argument and addressing the mind without compulsion or coercion. However, the conviction of some parents in the effectiveness of violence makes them insist on embodying it in raising their children.

Poor economic conditions also lead to the spread of violence within families. Many psychologists and sociologists attribute violence to the increase in economic pressures on the family due to unemployment and low family income. On the other hand, social media plays an active role in normalising violence, especially against children, by repeatedly displaying cases of violence in society to increase viewership rates.

However, violence against children is a widespread phenomenon in the world and is not limited to a specific country, region, or social class, but rather a large number of children suffer from it. Half of the world’s children, or nearly a billion children, are affected annually by physical, sexual, and psychological violence, and this rising generation suffers injuries, disabilities, and death because countries have failed to follow the strategies originally set out to protect them. This is according to the “Global Status Report on the Prevention of Violence against Children 2020” issued by the World Health Organization, the United Nations Children’s Fund (UNICEF), and the United Nations Educational, Scientific and Cultural Organization (UNESCO) to end violence against children.

The World Health Organization has also issued alarming numbers, stemming from hundreds of studies and statistics, on the catastrophe of violence against children in general, and domestic violence in particular. The organization asserts that about a quarter of the world’s population experienced physical violence as children and that 1 in 5 females and 1 in 13 males had experienced some degree of sexual abuse in childhood. In the United States of America alone, more than one million cases of violence against children are recorded annually, a large proportion of which are in the home and this number represents what has been reported and recorded only.

It is worth noting here that the majority of these data reflect the most advanced countries, which acknowledge the existence of the problem and do not try to evade showing its size. Thus, these countries sponsor effective systems and mechanisms to document and analyse it socially, environmentally, culturally and statistically. This illustrates the challenge faced by other countries in dealing with this phenomenon, especially in light of the harsh economic and social conditions, in addition to the difficulty of changing the prevailing societal beliefs and norms.

Despite the difficulty of the matter, what the Egyptian state is doing today is a decisive step to confront this phenomenon. Recognising the existence of the problem and enacting the necessary laws to reduce it is the beginning of the road to reaching the goal. But laws alone are not sufficient to change the culture of society and wrong practices. In addition to laws, educational research, social organisations and the media must play an influential role in raising people’s awareness, especially when we talk about the coming generations that represent the real future of this country.