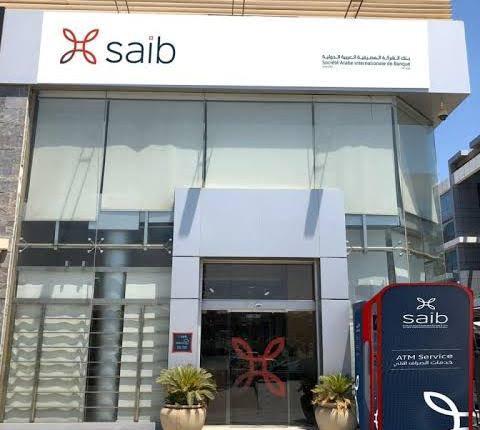 In another matter, SAIB Bank announced its participation in the Decent Life initiative, where the bank held an educational symposium in one of the Assiut governorate, which is covered by the initiative, as part of a series of educational seminars planned to be presented.

During the symposium, the concept of financial inclusion and its importance in improving the standard of living of citizens, low-income people and owners of small and micro enterprises, as well as marketing of the saib Mobile Wallet product, which suits different customer segments, was reviewed.

Amr Nosseir, Head of the Bank’s Retail Banking Group and Distribution Channels, said that the banks’ participation in the initiative comes under the auspices of the CBE, through several activities implemented in these villages, to achieve the main objectives of the initiative, by achieving geographical spread through the deployment of ATMs to provide withdrawal and deposit services, and to deploy POS to merchants to stimulate electronic payment and dissemination of digital services, as well as to provide financing for small, medium and micro enterprises in these villages, in addition to providing banks with awareness and financial education activities for citizens.

Mohamed Ali, director of financial inclusion at saib, explained that the bank is directing the bank’s participation in the initiative during the current stage in the governorates of Qena and Assiut, and 14 of the priority villages in other governorates, which will be diverse and different.

He indicated that the bank will participate in a series of educational seminars, aimed at reviewing the financing and banking programs to achieve financial inclusion, in addition to educating the residents of the villages about the national initiatives and projects launched by the state.