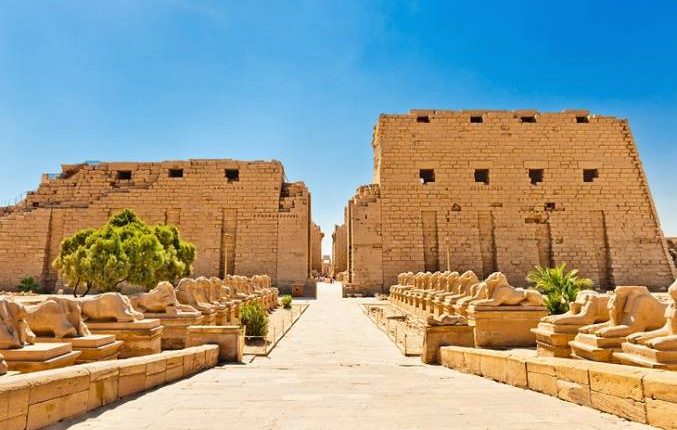 Khaled El-Enany, Minister of Tourism and Antiquities, has followed up on the latest preparations for the major reopening of the “Rams Road” in Luxor during the next few days.

The event aims at promoting Luxor’s tourism and highlighting the diversity of the city.

Earlier, Egypt announced that it will hold a celebration on 25 November for reopening the 2,700-metre-long Avenue of Sphinxes (or Rams Road), a road that connects the Karnak and Luxor temples, eastern Luxor.

Likening it to the Pharaoh’s Golden Parade held in April, El-Enany said the avenue’s reopening will be huge as if it is another parade.

The Minister explained that this celebration will highlight and shed more light on the tourist and archaeological elements of Luxor, in addition to the development and upgrading of the infrastructure, the development and beautification of the Corniche, its streets and squares, and its restoration projects.

During his visit to Luxor, the Minister toured the city’s tourist market, during which he inspected the ongoing development work, as well as the Luxor Temple to find out the latest preparations for the event.

He also met, during his tour of the market, with a number of the owners of the tourist bazaars and their employees to check on their conditions and listen to their opinions, demands, and the problems they face and their suggestions for solving them, including their complaints about the passage of motorcycles inside the market, which disturbs passers-by, visitors and tourists during their wandering and affects their experience in the market, which negatively affects the reputation of the destination. The Egyptian tourist, and immediately the minister contacted and communicated with the concerned authorities in the Traffic Department to take the necessary action towards solving this problem.