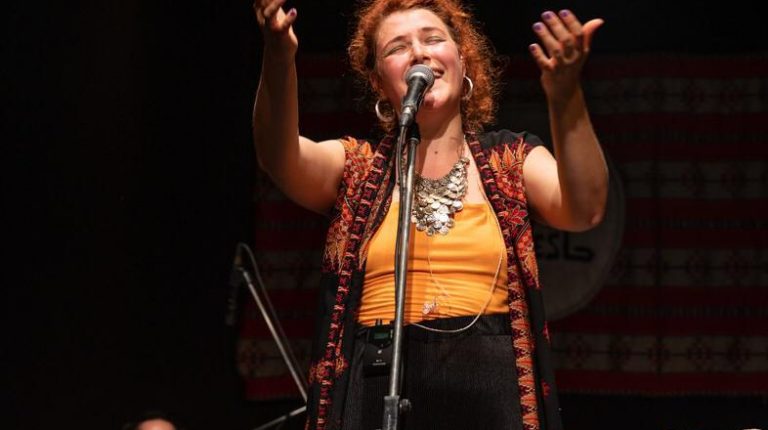 After the release of its new single “Border Syndrome’ in August, Berlin-based band “Jamila & The Other Heroes” has announced a five-day tour in Egypt.

It will be the band’s first tour since the pandemic struck, making it a big moment for the band and fans. With the band and fans starved of live music for months, the response has been incredible.

They opened their ‘Border Syndrome’ tour by playing the prestigious Cairo Jazz Club on 11 November before taking on dates in Alexandria Jesuit Centre, Nuweiba and Dahab.

“The Cairo Jazz Club Gig was pure ecstasy!” says Jamila Al-Yousef, the band’s Palestinian-German lead singer. ‘The club was on fire with people dancing, shouting, and heating up with us. It was incredible especially considering that most people didn‘t know our music before.’

That’s not a problem when it comes to Jamila and The Other Heroes. Their music crosses a lot of musical borders, with Jamila explaining their ‘diversity is what makes our fans enjoy our music a lot.’

Musically, Jamila and The Other Heroes band are known for their thrilling music that brings together Psychedelic rock and hip hop with Middle Eastern and West African rhythms.

Combine that with a strong political and anti-racism message, and people have a band very in tune with their audience.

The band will start the tour by playing the Raabta Wellness Festival in El Gouna.

The festival will create a special atmosphere for sure with lots of open-minded, spiritually interested people, trainers and artists. It will be a very aware and sensual setting.’

Based in Berlin, the band’s members come from different backgrounds bringing influences from the Middle East and Latin America.

Jamila Al-Yousef, the frontwoman, was born on the day the Berlin Wall came down, and is the daughter of a Palestinian medical doctor who came to Berlin as a refugee after losing his home in the Six-Day War in 1967.

More than just a love for music drives the band as they aim to break down prejudices towards people with histories of migration and asylum and make the abundance of cultural diversity more visible and audible.

Topics: Jamila & The Other Heroes