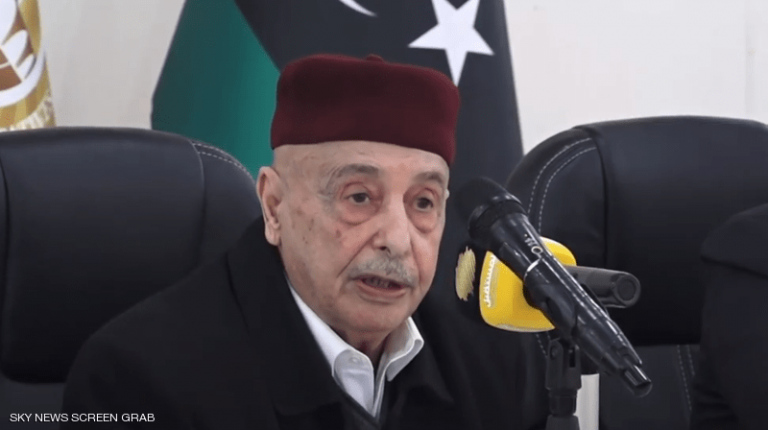 Libya’s eastern-based Parliament Speaker Aguila Saleh on Saturday formally submitted his candidacy for presidential elections, scheduled on 24 December, at the headquarters of the National Elections Commission in Benghazi.

The Commission announced that 23 potential candidates have registered their papers until Friday.

Last Wednesday, Saleh said he will run in next month’s presidential election. “I announce my candidacy for the presidency,” he said in a televised speech.

He said he would seek to “turn the page on conflict, look towards the future” and launch a process of national reconciliation, which he said was a “pillar of a stable nation.”

“I commit to respecting the constitutional declaration, to guaranteeing the independence of the judiciary and preserving Libya’s unity and independence,” Saleh said.

Earlier, Saleh affirmed his respect for the Constitutional Declaration, which “is the constitutional document that governs the country in this transitional phase and is the legitimate basis for the existence of the ruling bodies in the state.”