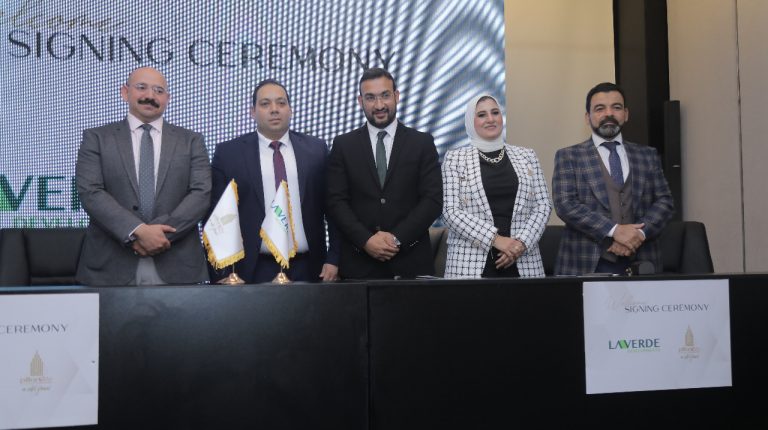 According to the contract, Pillars Constructions will be responsible for the construction works of the project’s second phase.

Chairperson of La Verde Developments, Ibrahim Lashin, said that the contract with Pillars Constructions comes within the company’s plans to cooperate with major companies in the Egyptian market to develop its projects according to the highest quality and the latest technologies.

Lashin added that the La Verde New Capital compound was built on 35 feddan in the NAC’s R8 district.

Naglaa Tahoun, Vice Chairperson of La Verde Developments, said that the company has a specific strategy when it comes to cooperation with other companies, as it prefers those specialized in their fields, especially in the technical works which require strong expertise.

Tahoun stated that 80% of villas construction in the project had been completed in the first phase, adding: “It is scheduled to complete the project’s construction works and start delivering units by the beginning of 2023.”

Mohamed Abdallah, Chairperson of Pillars Constructions, said: “Pillars Constructions provides integrated engineering and construction services at the highest quality level, as it adopts modern technology in designing projects to ensure safety of buildings such as the building information modeling (BIM).”