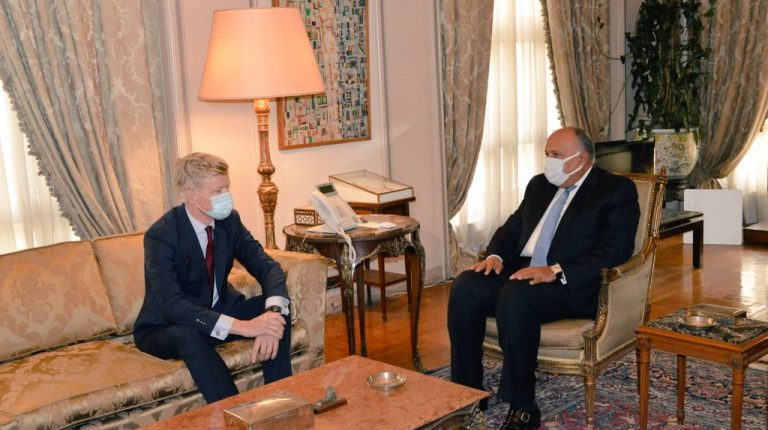 Ambassador Ahmed Hafez, the official spokesperson for the Ministry of Foreign Affairs, stated that Minister Shoukry congratulated the UN envoy on assuming the position, expressing his aspiration that the latter’s efforts would contribute to advancing the path of political settlement in Yemen as the best way to end the protracted Yemen crisis.

In this regard, Shoukry affirmed Egypt’s support for the UN mission in Yemen and for all regional and international efforts exerted to achieve the desired settlement.

During the meeting, the Minister of Foreign Affairs reviewed the Egyptian position on the Yemeni crisis, which is based on supporting the unity, sovereignty, and independence of Yemen, and ending the conflict through political talks.

For his part, the UN envoy briefed the Minister of Foreign Affairs on the contacts and endeavours he made during the last period to explore the prospects for moving towards resuming a comprehensive dialogue between the Yemeni parties. He also touched on the latest developments in the Yemeni arena.