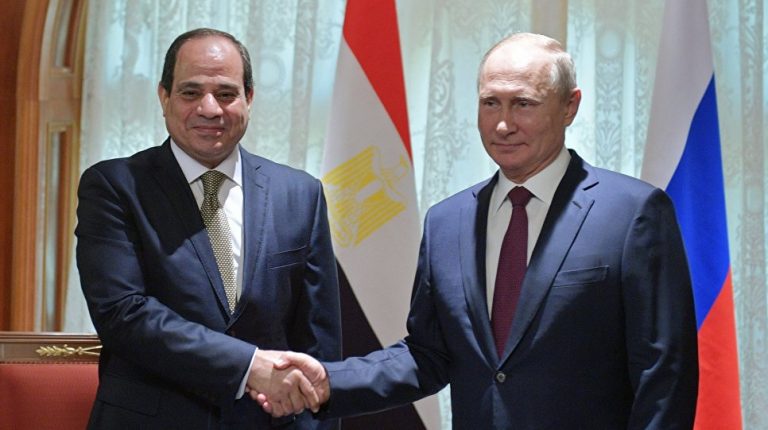 During the last few years, Egypt succeeded in restoring its vital and pioneering role in the region and the world. The best evidence for this is the important visits that Cairo witnessed recently, as it seems clear that Egyptian diplomacy has become an important and effective element, and it cannot be ignored when addressing regional and global crises.

Egypt is a regional power and has a vital role in Libya, Sudan, Syria, and Palestine. The Egyptian role is indispensable, and the way to resolve any political crisis in the Middle East, no matter how great it is, has become necessary to pass through Cairo. This is evidenced by the recent meetings with the US Secretary of State as well as the foreign ministers of Cyprus, Greece, and France.

The phone call that took place between President Al-Sisi and Russian President Putin recently also confirms the effectiveness of Egypt’s regional role, as through this contact the developments of the most important regional and international files in the region were discussed. Putin also expressed his appreciation for President El-Sisi’s personal efforts in this regard, which strengthened the political tracks for settling crises in the region, and consolidated Egypt’s role as a center for maintaining peace and security in its regional surroundings, stressing Russia’s keenness to continue intensive cooperation and coordination between the two countries.

In the same context, President Abdel Fattah Al-Sisi held several important events and meetings, during his important participation in the French capital, Paris, in the Paris International Conference on Libya, upon the invitation of French President Emmanuel Macron.

The two presidents discussed all aspects of bilateral relations between the two countries, which have witnessed a qualitative leap in recent years, to achieve the common interests of the two friendly countries and peoples, in addition to continuing consultations, mutual coordination, and exchanging visions on several regional and international files of common interest. The President also held a series of meetings with senior officials of the French government, to discuss ways to advance cooperation in the economic, commercial, investment, and military fields between the two sides.

Moreover, the President met with many heads of state and government to discuss advancing bilateral cooperation frameworks and consult on various regional and international issues. Cairo also witnessed the visit of Prince Charles, the Crown Prince of Britain, and his wife.

Whoever wants to know the truth and strength of the Egyptian role must follow up on the positive development in these files after each visit by Cairo, to discover the dimensions of the national role played by Egyptian diplomacy in the Middle East. At a time when Egypt is playing this pivotal and positive role, we find countries and organizations that proudly sponsor negotiations between the largest and most dangerous terrorist organizations. The biggest example of this is what Iran is doing by sowing terror in Yemen, Lebanon, Syria, and Iraq, as well as sponsoring and harboring most of the leaders of other banned terrorist groups such as Hezbollah.