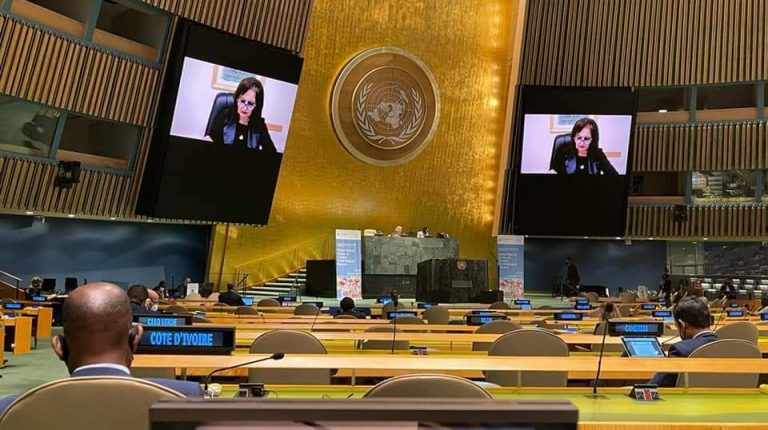 She reviewed the comprehensive approach adopted by Egypt to combat the repercussions of the Coronavirus (COVID-19) pandemic in an integrated manner, from the legislative, institutional and social standpoints in order to protect the citizen and society from all forms of exploitation.

Executive Director of the United Nations Office on Drugs and Crime, Ghada Wali, shed light on the repercussions of the pandemic that has exacerbated the suffering of victims of human trafficking, noting that the UN provides assistance to more than 5,000 victims of human trafficking annually, through cooperation with non-governmental organizations.

Permanent Representative of Egypt to the United Nations Ambassador Osama Abdel-Khaleq, stated that the high-level meeting of the General Assembly is an opportunity to renew the commitments and pledges of countries to combat human trafficking.

He expressed his happiness the UN has adopted a political declaration on combating human trafficking, asserting that Egypt played an active role to issue this declaration.

He said that the adoption of the political declaration at this time is a strong message from the international community that there is no tolerance for this crime against humanity.