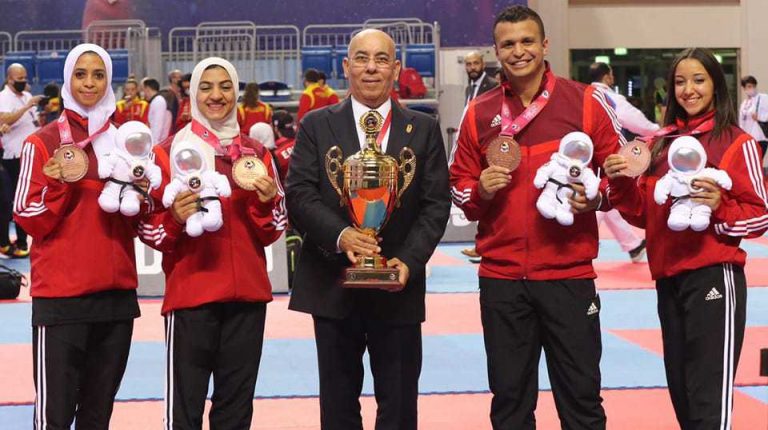 The Egyptian karate team continued its creativity and brilliance at the Olympic and international levels, and shined in the World Karate Championship hosted by Dubai, the UAE. The Pharaohs won 8 various medals.

The trio of the Kumite women’s team, consisting of Olympic champion Ferial Ashraf, Menna Shaaban, and Suhaila Abu Ismail, won the gold medal by beating France 2-1 in the final of the group competition.