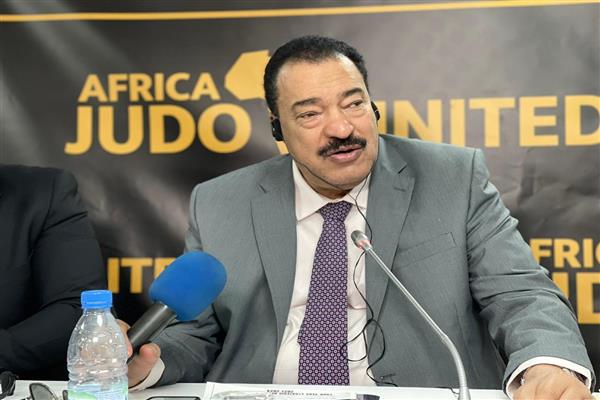 The judo team was close to achieving an Olympic medal, but the injuries suffered by some players ravaged Fakhr El-Din’s dreams. Despite the many achievements he achieved, he was subject to severe criticism because of the Arab Championship recently hosted by Cairo.

A few days before the upcoming elections, Daily News Egypt had a conversation with Fakhr El-Din to talk about his aspirations, dreams, and plans to develop the game.

What were your achievements during the current term at the helm of the federation?

Despite the difficulties and inconveniences I have faced since the first day of my election from some board members until now, I was able to make some accomplishments in the judo sport. We won the African Championship, with the nine players who represented Egypt in the tournament winning 9 different medals in a huge African achievement; five gold, two silver, and two bronze medals. Three players qualified for the Olympics 2020. We could have five players in the Tokyo 2020, but the injuries prevented us from making another historical moment.

Why did the Egyptian judo team fail to win any medals in the Tokyo Olympics?

No player fell short. On the contrary, they made extraordinary efforts, but the injuries suffered by the players before the tournament affected their level. Mohamed Abdel Mawjoud sustained a knee injury, while Mohamed Mohy suffered an injury in his knee and underwent three operations. Mohamed Ali was also injured shortly before the Olympics, and Ramadan Darwish underwent a surgery, in addition to suffering a serious injury. Moreover, the foreign coach contracted the coronavirus less than 48 hours after his arrival in Tokyo, and he was isolated, so the players played their games without any technical guidance.

Some experienced players retired after the Olympics, how will you compensate for their absence?

For the first time, we will be an under-15 team of talented players, who participated in the Arab Championship and swept it deservedly. But until that happens, the Ministry of Youth and Sports must give us more financial support to rehabilitate these talented champions.

What is your electoral programme?

Why did some board members of the federation refuse to organize the Arab Championship in Egypt?

When the Egyptian Federation was assigned to organize the tournament, we did not hesitate to agree, but some board members refused to host the tournament, so that its success could not affect their position in the next elections.

Did the Judo Federation follow the legal procedures in organizing tournaments?

Of course, we followed all legal procedures in agreements and contracts with external bodies, and the Federation received approval to host the tournament from the Ministry of Youth and Sports, less than one week before the opening ceremony.

What is your response to the accusations that the federation directly contracted with external bodies?

This accusation is unfounded, and all financial, technical, or administrative issues of the federation have been referred to the Ministry of Youth and Sports for examination and review.

What about the financial support obtained by the Judo Federation to hold the tournament in Egypt?

The federation did not receive any money to hold the tournament; however, the event achieved profits that exceeded EGP 600,000. The tournament saw the participation of about 630 male and female players of various age groups representing 13 Arab countries, in addition to the hosts Egypt.

What were the benefits of holding the Arab Championship in Egypt?

Egypt’s players of all ages swept the tournament, achieving the most gold medals.