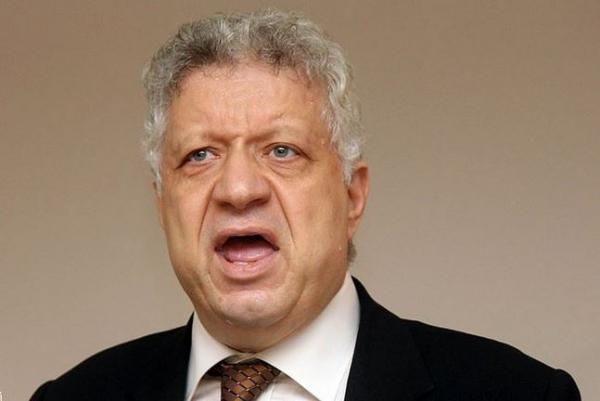 Mortada Mansour, President of Zamalek SC, reassumed his position in the club after the Administrative Court’s decision to reinstate him and his council again as it accepted their appeal against a previous decision by the Ministry of Youth and Sports to dismiss them.

Ahmed Galal Ibrahim, Vice-President of Zamalek, confirmed that he was in the club on Tuesday evening, with Alaa Makled, a board member and acting CEO, to take over the club’s administration again.

On Wednesday, Mortada Mansour held a press conference in his office in Mohandessin, announcing the roadmap for the football team during the coming period, and that he will hold a general assembly to elect a new board.

Ahmed Mortada, a board member of Zamalek, confirmed that the board of directors supports the entire football team and the technical staff led by French coach Patrice Carteron.

He said that the board of directors will not, at the present time, issue any decisions regarding the football team, indicating that the technical staff will continue its work normally.

Meanwhile, the football team in Zamalek, led by Carteron, will meet, on Thursday, Ceramica Cleopatra FC in the sixth round of the Egyptian Premier League at the Arab Contractors Stadium, in the presence of 2,000 fans.

Zamalek are in third place with 10 points from 5 matches, where the team won in three matches against Enppi, Tala’a El-Gaish, and Ismaili, but lost to Al-Ahly, and drew with National Bank of Egypt SC.

Zamalek seek to correct their path, as the team lost 5 points in the first five weeks of the league, and any further defeats will make the fight for the league title very difficult, in light of their rivals Al Ahly’s continuous victories.

On the other hand, Ceramica Cleopatra are in fifth place with 8 points as they won two matches, drew in two, and lost one game. The coach and players hope to compensate for the loss of their last match against Farco, at the expense of Zamalek.

Zamalek coach Carteron held intensive sessions with the players in the past few hours, asking them to forget about the last game in the fifth round and focus on the upcoming clash to preserve the team’s chances of competing for the league.

Carteron also called on his players to focus on the game only and not to be distracted by the administrative problems at the club.